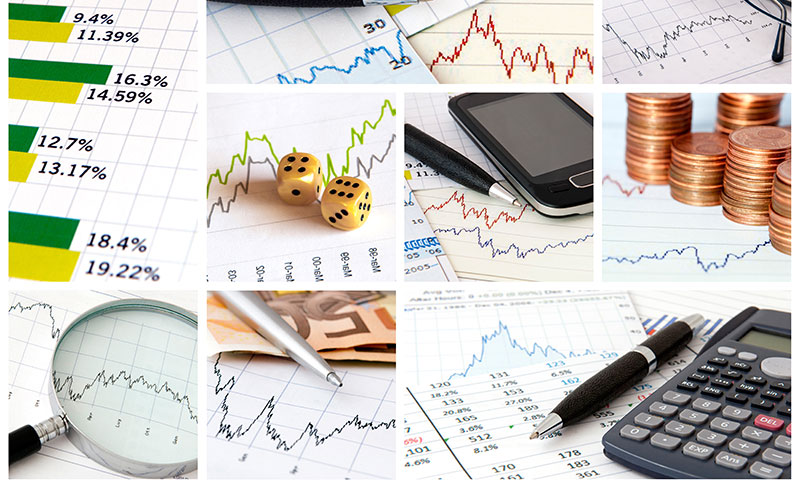 Even if the US economic calendar failed to provide welcome numbers, weaker than forecast readings from Europe, coupled with dovish remarks of the ECB President and expectations favoring further monetary easing by the BoJ, again shifted market focus to monetary policy divergence between the US Fed and the rest of the major central bankers, which in-turn helped the greenback index (I.USDX) secure consecutive second weekly gain. The Euro remained mostly on the downside after the ECB head said low inflation worries might force the central bank to act during March meeting while lesser than consensus PMIs further dragged the regional currency down. Moving on, the GBP reversed some of its recent losses after receiving upbeat UK job and inflation numbers while JPY dropped against majority of its counterparts after softer data-points, together with a downbeat message from one of the BoJ policymaker, magnified concerns for further monetary easing by the Bank of Japan. Moreover, profit booking in the Crude prices from 13 year lows, coupled with a bit of weather demand, helped the AUD, NZD and CAD register gains during last week while CAD was also helped by the BOC's decision to refrain from additional monetary easing.

Moving forward, monetary policy meetings by the FOMC, RBNZ and the BoJ are likely to take the center-stage of the market during the current week while GDP numbers from US and UK, coupled with EU Flash CPI, US Consumer Confidence and Durable Goods Orders, are some of the economic details that could propel this week's forex moves.

US GDP and FOMC Might Help Foresee USD Trend

Although recently soft US data-points have raised concerns that the US Federal Reserve might refrain from its expected four rate hikes during 2016, advance estimation of Q4 2015 GDP, coupled with the monetary policy meeting of the US central bank, could help determine the chances of further interest-rate lifts by the Fed and foresee near-term USD trend. 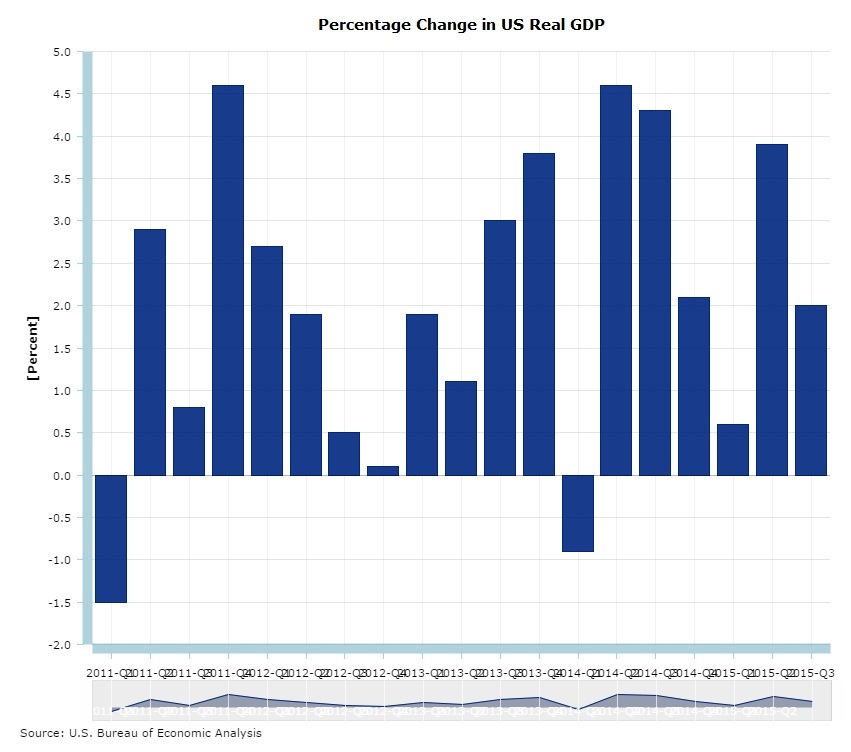 Aforementioned chart from the Bureau of Economic Analysis reveals that the US growth number has been volatile since 2011 and it recently confirmed 2.0% mark for Q3 2015, which was lower than the 3.9% growth for the Q2. Forecast relating to the Q4 2015 GDP growth, scheduled for release on Friday, indicates a 0.8% number for the world's largest economy. While pessimism at China and weaker Crude prices were largely expected to provide harm to global economic growth, and the US isn't an objection, softer print could raise the bars for the US central bank in announcing rate-hikes during its consecutive monetary policy meetings.

Monetary policy meeting by the FOMC, on Wednesday, becomes another important event, in addition to GDP release, that could help analyze USD moves. Even if the Fed isn't expected to alter its monetary policy at this meeting, neither does the meeting has Fed Chair's press conference scheduled, market players are likely to examine the FOMC statement in detail to predict chances of further rate-hikes by the central bank.

While absence of Fed Chair's press conference reduces the importance of FOMC meeting, soft growth numbers, together with downbeat tone of the FOMC members, considering global economic worries triggered by China, could reverse some of the recent gains earned by the greenback.

Other than the GDP and FOMC, monthly releases of US CB Consumer Confidence, New Home Sales, Durable Goods Orders, Pending Home Sales and the Chicago PMI, are some of the second-tier economics that could propel the USD waves. While Tuesday's official Consumer Confidence index is likely to remain near the previous 96.5 by marking 96.6, housing market details, namely the New and Pending Home Sales, up for respective releases on Wednesday and Thursday, may print welcome numbers with New Home Sales consensus signaling 503K versus 490K prior and the Pending Home Sales growth of 1.1% against previous contraction of -0.9%. Moreover, the Durable Goods Orders, to be published on Thursday, bears the forecast of registering -0.7% mark against 0.0% prior while the Core reading is likely reimbursing its prior -0.1% with 0.0% number and the Chicago PMI, even after expected to print 45.4 against 42.9, still bears a soft consensus and likely maintaining its shrink by being below 50.00 mark. Even if the housing market details are likely to print upbeat numbers, negative marks of the Durable Goods Orders, coupled with unchanged Consumer Confidence, can drag the US Dollar down.

Irrespective of the last week's ECB President's comments favoring further monetary easing during March meeting, January month EU Flash CPI, to be published on Friday, becomes a crucial reading for the central bank to watch as the number is expected to mark the highest point since October 2014 with 0.4% against 0.2% prior. Moving on, Preliminary UK GDP release for the Q4 2015, scheduled for Thursday, is likely joining the recent upbeat data stream by marking 0.5% growth against 0.4% print revealed for Q3 2015.

Recent pullbacks in Crude prices helped commodity currencies, including NZD & AUD, stop their downside; however, this week's RBNZ, New-Zealand Trade Balance, up for Wednesday, and Inflation numbers from Australia might help further project the moves of the NZD and AUD respectively.

After the Reserve Bank of New-Zealand (RBNZ) cut its benchmark interest-rate during December meeting, it is less likely to announce any further monetary policy action; though, pessimism at China, coupled with weakness in Crude prices, might force the central bank to favor further easing in future. Further, January month New-Zealand Trade Balance is likely to register -130M number against -779M marked in December. Looking at the Australian CPI and PPI, up for Wednesday and Friday respectively, the headline inflation readings are likely to mark softer numbers by being at 0.3% and 0.6% against 0.5% and 0.9% priors.

With the global commodity markets being still under pressure, mainly due to China and Crude supply glut, a surprise rate-cut by the RBNZ can extend the NZD downward trajectory while weaker Australian Inflation number might add downside pressure onto the AUD.

Friday becomes an important day for the JPY traders as the Japanese Inflation numbers, coupled with the BoJ monetary policy meeting, are set to take place on the same day. Following the Bank of Japan (BoJ) Governor's speech, at the WEF, that Japanese inflation expectations are weakening, market players have started looking for the hints of further monetary easing by the BoJ. Release of the said monetary policy meeting detail is also accompanied by the quarterly economic outlook announcement and the press conference by the BoJ Governor. Moreover, Japanese inflation figures, scheduled for publish on the same day, are likely to maintain their 0.1% mark.

Given the extended timeline for inflation target achievement and weaker economic outlook, coupled with hints for further monetary easing, the JPY can continue extending its recent downside; however, broader safe-haven demand might restrict the currency's crash.